The Loevenbruck gallery uses cookies to enable you to access our Website and use its services and functionalities, but also to generate browsing statistics
(Learn more).

You can change your setting and withdraw your personal consent at any time by returning to our Website.

Strictly necessary cookies: These technical cookies are of essence for web-browsing and proper functioning of the Website. They cannot be disabled by our systems. You can set your browser to block these cookies but you may be unable to take full advantage of a significant proportion of the Website's services and functionalities.

Analytical cookies: These cookies allow us to establish statistics and traffic volumes in order to measure and improve the performance of the Website. Name of the service provider: Google Analytics

If one day during a figure skating competition some Peggy Fleming of the time executes her program in the frozen crater and if we, the spectators, amazed by her wonderful and frivolous pirouettes, are surprised by a sudden eruption of lava and become petrified forever, like the inhabitants of Pompeii, then the triumph of the moment and of the force of transition will be complete. And such a fleeting moment and such a transitory instant are the only symbol of our earthly passage.

Guided by a desire to illuminate and to inspire reflection on the sculptural form, Dominique Lévy of LGDR invited Rachel Harrison to curate a presentation of 20th-century sculpture. The exhibition that emerged presents a group of works that consider modernism’s devotion to that most fundamental of subjects: the human figure. Stage Fright features works by Louise Bourgeois, Constantin Brancuși, Marcel Duchamp, Marisol Escobar, Alberto Giacometti, Yves Klein, and Alina Szapocznikow that represent the body in extremis—shown ruptured in pieces or pared down to the essentials—in surrogates that stand for the whole. A stack of bronze discs forms an unequivocally genital tower that lists to one side; a bronze bust’s scored features individuate a polychrome face the size of a fist. Taken together, the works on view incarnate various conceptions of personhood as routed through objects, whether rendered with aching specificity, as in the clefts and folds of Szapocznikow’s plaster Belly, or invoked as a generic type, as in the leather panes of Duchamp’s widow/window or Marisol’s totemic couple The Blacks, named for a popular play by Jean Genet that ran off-Broadway the year the work was made. 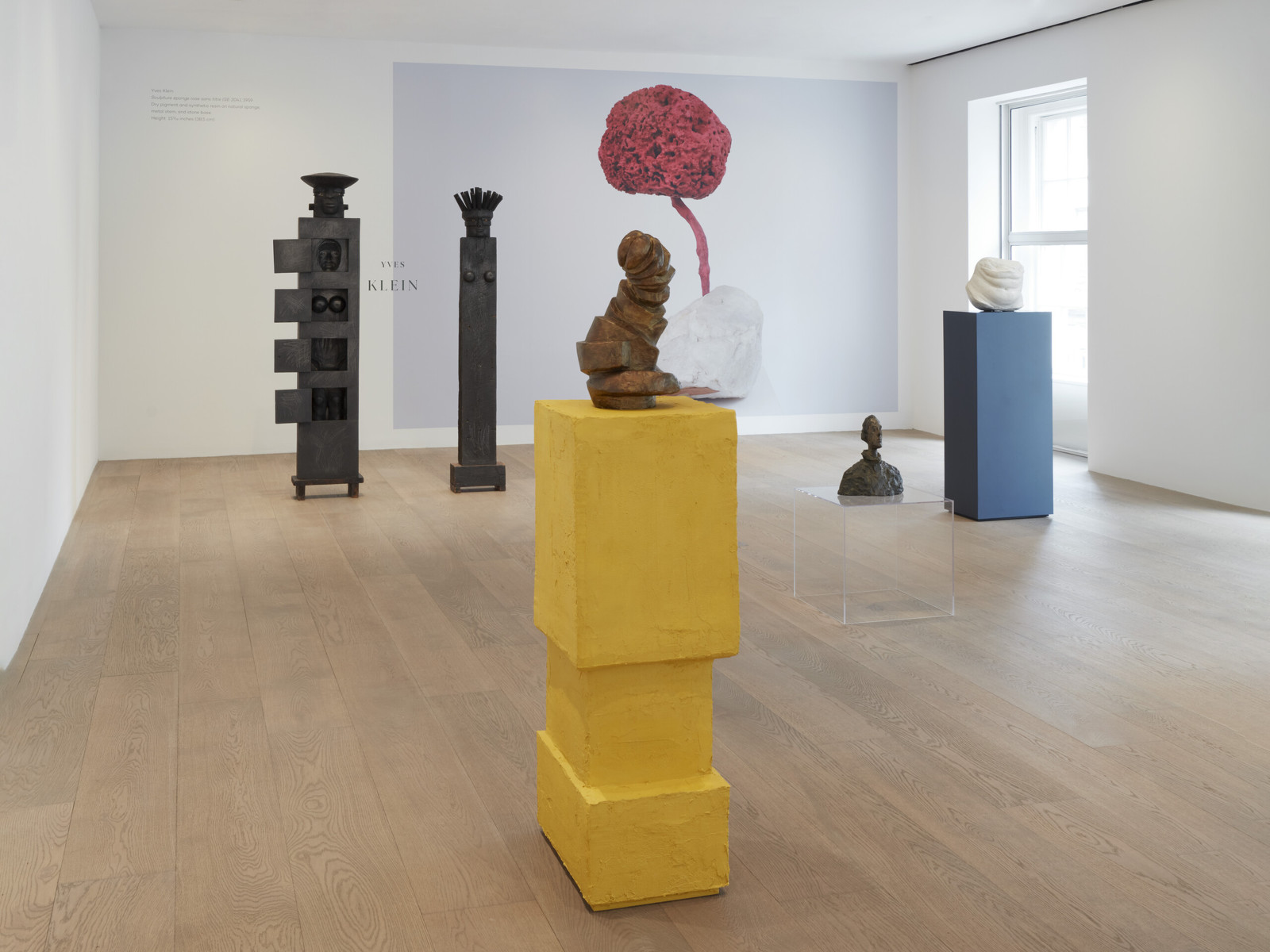 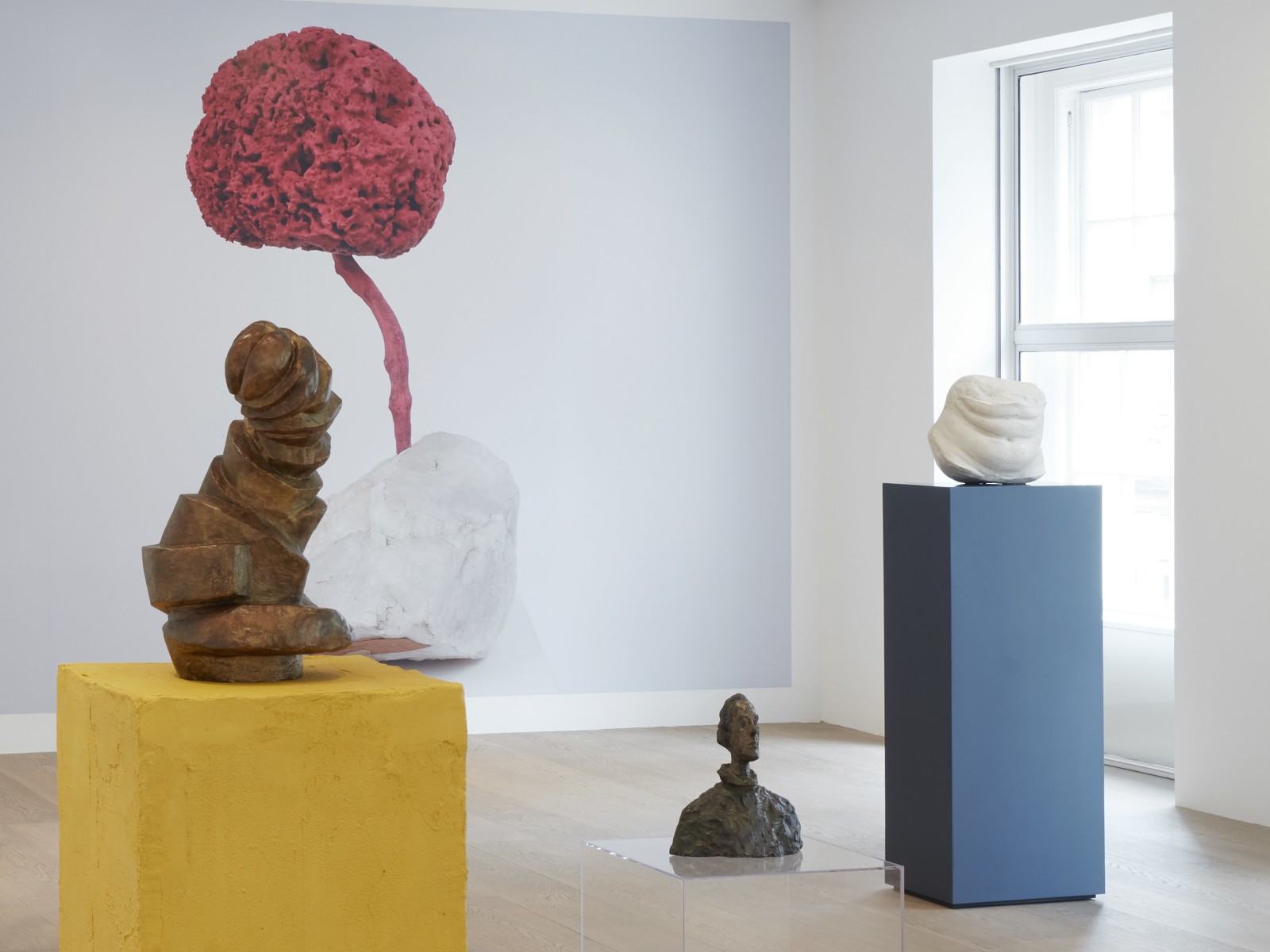 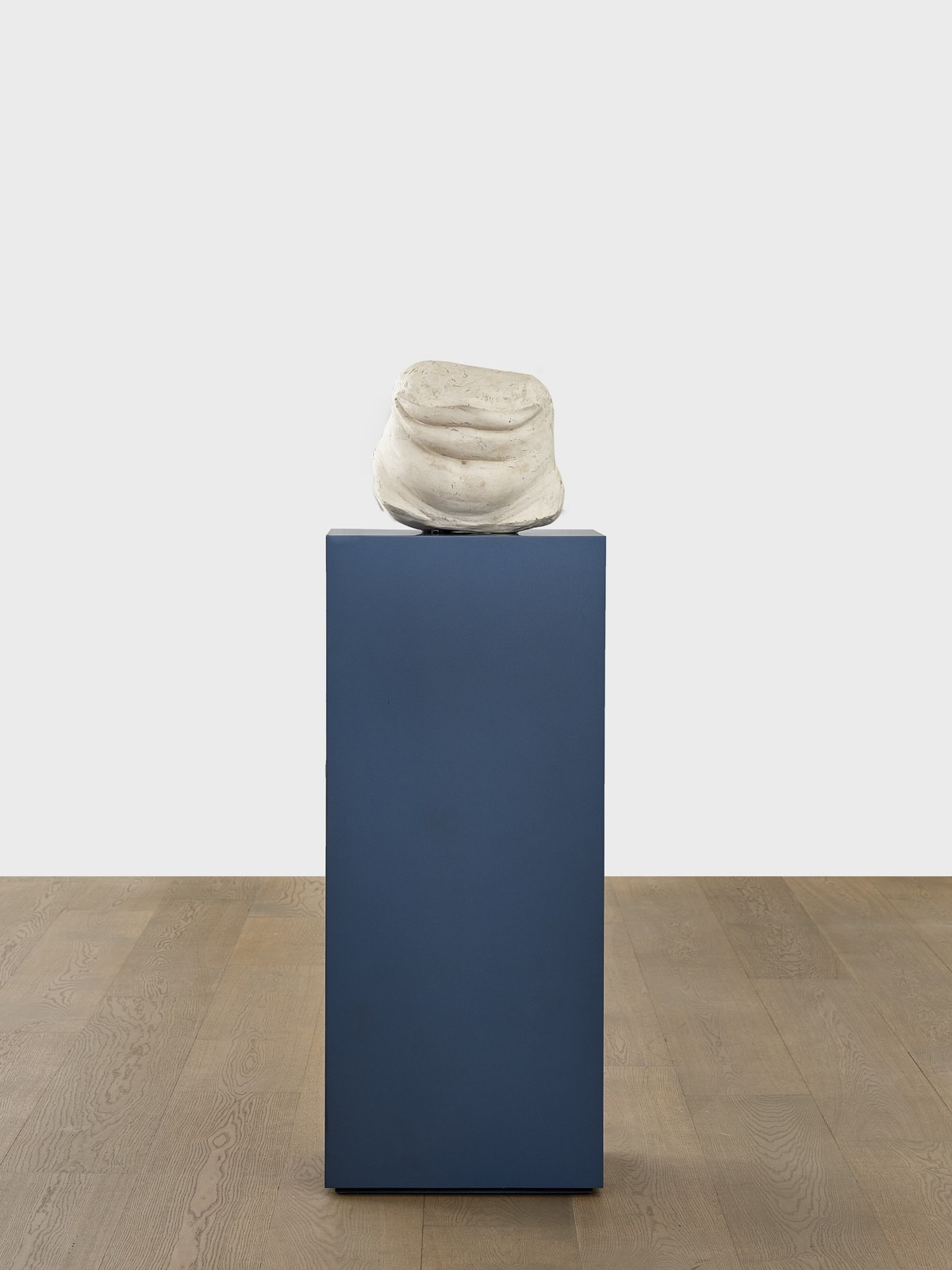